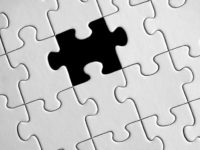 Many California businesses use independent contractors. They do so for a handful of reasons, but one of the most common reasons is to save money. An independent contractor does not involve the same costs that an employee does, such as overtime, payroll taxes, vacation and sick time, and other benefits.

The perceived cost savings can come at a steep price for the employer in the form of an employee lawsuit for misclassification or a payroll audit by a governmental agency. The end result can be that an independent contractor is reclassified as an employee. This will cost the business owner significant amounts of money for unpaid overtime, payroll taxes, and other penalties, reaching backward in time three to four years.

Reclassification turns the independent contractor into an employee, retroactively, just like a zombie. And we all know how hard it is to kill zombies, especially ones that are due a lot of money.

The IRS began a program that aims to audit 6,000 employers per year on the employment misclassification issue. Its projected haul is $7 billion over the next ten years.

On the federal level, the DOL and the IRS signed an agreement in 2011 to share information on misclassification issues they identify in their audits. Thus, an IRS audit is much more likely to follow an audit by the Department of Labor (DOL). California’s Secretary of Labor and the DOL signed a similar cooperative agreement in 2012.

California’s administrative agencies routinely share information with each other. A claim for unemployment benefits by a former independent contractor, which is not uncommon, will trigger an Employment Development Department (EDD) audit of the employer. Those results are now shared with the Division of Labor Standards Enforcement (DLSE).

Each agency has its own test for evaluating whether an employee or group of employees are independent contractors or employees. Their tests involve an evaluation of many factors to determine if the relationship is correctly classified as an independent contractor. A prior blog on some of those factors may be found through this link.

It is no surprise that the bias of the agencies is to find an employment relationship, not an independent contractor one. California has a presumption in its Labor Code in favor of finding the relationship to be one of employer – employee. It is then up to the employer to prove otherwise, if it can.

Simon Mazzola provides counseling and litigation service to business owners and managers in all aspects of California labor and employment matters.

This information is provided for informational purposes only and should not be construed as legal advice. It should not be acted upon without consulting a licensed California attorney about the facts, particular needs and questions of the person or entity considering these issues. Contact the Mazzola Law Office – P.C. for assistance.