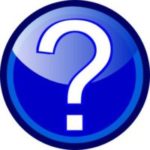 Most contracts contain an indemnity provision. While indemnity is neither exciting nor easy to understand, recognizing how it will affect your promises and expectations is very important.

Indemnity has been defined as “the obligation resting on one party to make good a loss or damage another party has incurred.” Rossmoor Sanitation v. Pylon (1975) 13 Cal. 3d 622, 628. “[T]he question whether an indemnity agreement covers a given case turns primarily on contractual interpretation, and it is the intent of the parties as expressed in the agreement that should control. When the parties knowingly bargain for the protection at issue, the protection should be afforded.” Id. at 633. The parties have great freedom to allocate responsibility in indemnity and defense provisions of their contract, as long as those arrangements do not violate public policy. E. L. White v. City of Huntington Beach (1978) 21 Cal. 3d 497, 507.

As a practical matter, when you indemnify another person in a contract, you agree to be responsible for a range of problems that arise from the contract. This can be true even if the other party caused the problem. This means that you, or your insurance company, may have to defend the other party and ultimately settle a dispute.

There are Different Kinds of Express Indemnity

Modern cases recognize that each express indemnity provision must be dealt with on a case-by-case basis according to its own facts and the language used by the parties.  Rossmoor Sanitation v. Pylon (1975) 13 Cal. 3d 622, 633. However, being creatures of habit, lawyers and judges like to think of a common framework when evaluating indemnity provisions. Forty years ago, a handy three-part framework was developed in a case named MacDonald & Kruse v. San Jose Steel (1972) 29 Cal. App. 3d 413. That case referred to express indemnity classifications as Type I, II, or III.

Type III indemnity is even more restrictive. It comes into effect only when the problem was caused by the fault of the indemnitor (the promising party).

In construction contracts, by law, one cannot indemnify another for their ‘sole or willful negligence.’ Additionally, there have been a number of significant changes to indemnity in construction agreements since 2009. It is important to know what is no longer ‘on the table’ when it comes to indemnity. Consult an experienced construction attorney for your particular needs.

This blog is continued in Part 2.

This information is provided for informational purposes only and should not be construed as legal advice. It should not be acted upon without consulting a licensed California attorney about the facts, particular needs and questions of the person or entity considering these issues. Contact our office for assistance in understanding, negotiating, or litigating indemnity and defense obligations.