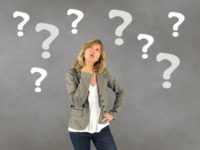 The question of whether a worker is an employee of an independent contractor is an important one. Beginning in 2008, governmental agencies stepped up their enforcement of workplace laws in an effort to unearth independent contractor misclassifications. The Department of Labor (DOL), Internal Revenue Service (IRS), Employment Development Department (EDD), and Division of Labor Standards Enforcement (DLSE) have all increased their investigation of businesses to specifically identify employee misclassification. The cost of misclassification can be steep, including back wages, penalties, and interest.

The DOL estimates that almost one-third of employers misclassify employees. Since 2010, the DOL and IRS have targeted construction, home health care, transportation, and warehousing industries.

In California, the principle test for determining if someone is an employee or an independent contractor is whether “the person to whom service is rendered has the right to control the manner and means of accomplishing the result desired.” Borello & Sons, Inc. v. DIR (1989) 48 Cal.3d 341, 350.

The most significant factor to California courts is whether the employer has the right to control the worker both as to the work done and the manner and means in which it is performed. While the right to control the details of the work is paramount, other indicia of the nature of the relationship must be examined. The label placed on their relationship by the parties is not dispositive.

What many employers often get wrong is that an at-will relationship is actually “strong evidence in support of an employment relationship…” Borello & Sons at 350. The stronger the at-will relationship, the more likely a person is an employee. When there is a defined beginning and end period of work, that fact looks more like an independent contractor situation.

California courts look to the Second Restatement of Agency, Section 220 for guidance. It has ten factors for determining whether or not a person is an employee:

1) The extent of control the employer exercises over the details of the work (who controls the process),
2) Whether the person performing services is engaged in an occupation or business distinct from that of the principal (does the worker have his/her own independent business),
3) The kind of occupation and whether it is typically done under the direction of the employer, or by a specialist without supervision (an accounts receivable clerk vs. a certified public accountant),
4) Whether the service rendered requires a special skill (flipping hamburgers or engineering bridges),
5) Whether the employer or the workman supplies the instrumentalities, tools, and the place of work for the person doing the work (whose computer, phone, desk, tools, and office are being used),
6) The length of time for which the person is employed (a few weeks vs. a few years),
7) The method of payment, whether by the hour or by the job (paying by the hour looks like an employee, paying by the job is more like an independent contractor),
8) Whether or not the work is a part of the regular business of the employer (is the person a computer programmer at a software company or a landscaper at a software company),
9) What the parties believed they created (what was the understanding), and
10) Whether the employer holds itself out as a business (are there traditional features of a business).

In the administrative arena, California’s Employment Development Department (EDD) uses a twenty-four factor test. Its test looks to the continuing relationship, training, hours of work, reporting, and profit/loss factors of the employment among other things.

Federal courts employ a standard similar to California for determining employee status. Spirides v. Reinhardt(D.C. Cir. 1979) 613 F.2d 826, 831‐32. The test is called the “hybrid standard” because it combines the common law “right to control” test with the “economic realities” standard adopted by the Supreme Court. The most important factor in economic realities test is the employer’s right to control the means and manner of the work. Other factors include those found under California law and the following:

1) the method of payment, whether by time or by the job,
2) whether annual leave is afforded,
3) whether the worker accumulates retirement benefits, and
4) whether the employer pays social security taxes.

No single factor is dispositive; the court looks at the totality of circumstances surrounding the working relationship.

In Community for Creative Non‐Violence v. Reid (1989) 490 U.S. 730, 751‐752, the U.S. Supreme Court considered thirteen factors in determining whether a person is an employee or an independent contractor. Its test looks at the hiring party’s right to control the manner and means of the work. The greater the control by the employer, the more likely the person is an employee.

The thirteen factors are:

As if that were not enough, the Internal Revenue Service uses its own twenty-factor test. Rev. Rul. 87‐41, 1987‐1 C.B. 296, 298‐299. The IRS test looks to the manner in which services are rendered, how assistants are hired and paid, where the work takes place, the significance of the investment needed by the worker, and the ability to terminate the agreement without notice, among other factors.

The High Cost of Getting Employee Classification Wrong

There are some notable instances of the consequences of getting this wrong. Microsoft paid $97,000,000 for misclassifying temporary workers. Allstate Insurance paid $120,000,000 because it misclassified its agents. There are other high profile examples, but these ones demonstrate how large the stakes can be. California’s SB 459 can impose a fine of up to $25,000 for each willfully misclassified independent contractor. Misclassifying even a single employee can lead to very significant costs for the employer.

Some employers view this as a problem them are never going to have. A common refrain I hear from employers is that their employees are happy and treated like family. That notion is shattered once their employee sues them, which happens with regularity.

The warm and fuzzy feeling employers often count on from their employees last only as long as the employment they offer. When it is terminated, either due to business necessity or for cause, the gloves come off and the trusted employee has every incentive to seek compensation if they were misclassified.

The fact that an employee was terminated with or without cause has no bearing on whether the employee is due damages for wage and hour violations. Workers who are misclassified can qualify for statutory protections not given to independent contractors, in addition to recovering back wages, penalties, interest, and attorney’s fees.

An average incorrectly classified employee will cost an employer approximately $30,000 in back wages, penalties, interest and attorney’s fees. Employers are advised to review each circumstance where they are not paying their workers by the hour or paying overtime to ensure that those employees fit into a legitimate exemption. This analysis can be complicated and the advice of an experienced labor and employment attorney is highly recommended.

This information is provided for informational purposes only and should not be construed as legal advice. It should not be acted upon without consulting a licensed California attorney about the facts, particular needs and questions of the person or entity considering this issue.